For bookings get in touch with us. 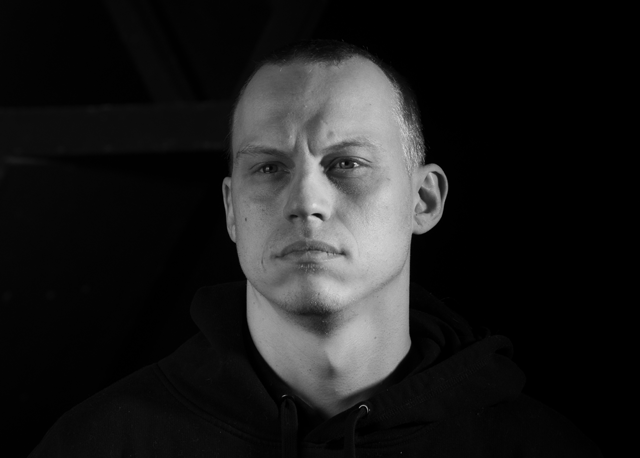 Under the alias Glitchfxxx , Artur Lääts is an active member of the reborn-techno scene in Tallinn. In 2017 Artur was offered to join the Hall family as one of their first residend DJ’s and in 2019 he became  the head booker of Hall club.  Artur Lääts is known for being on the forefront of a reborn techno scene in Tallinn. He is associated with the legendary MÜRK parties that started in 2012 and has helped shape the local techno scene in Tallinn. In 2017, Artur had the honor of being granted his first residency in Berlin — Techno Mittwoch at AVA club. As of now, Artur is both a resident DJ and head booker at HALL, where you can find him performing regularly from warm-up sessions to the prime time and often ending HALL club nights on Sundays without any time restrictions. With a decade of experience performing in illegal raves, festivals and club scenes across the Baltic States, Finland and Russia, his sound travels through many subgenres of techno and allows him to keep a certain mood and groove going on the dance-floor. 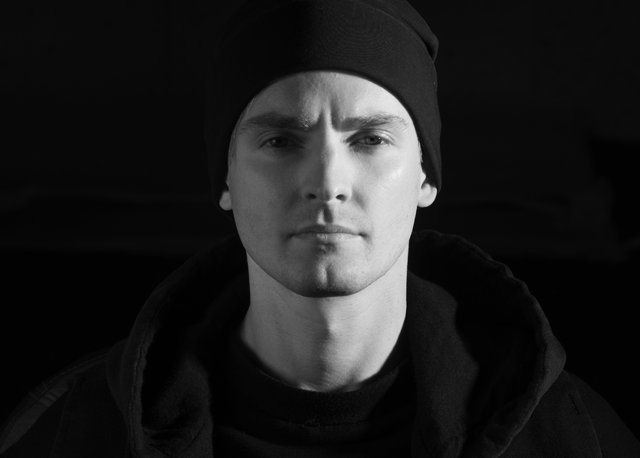 Mihkel Maripuu aka Compound Minerals – Sound carries an important task as a buffer, between the material and the conceptual. Realizing divine aideas in mundane, physical space: creating associations between the perceived presence and the conquered space. The threshold of ambiguity or disorientation is a quality that occurs in the middle of witnessing: when participants no longer hold their pre-conceptual prejudice but have not yet begun the transition to the position they’ll hold when the experience is complete. During the traveller’s state of presence, one stands at the threshold between their previous way of structuring their identity, social world and being in time, and a new way which the experience establishes. These machinations hold key properties to altered perceptions to enhance our everyday routines.
https://soundcloud.com/compoundminerals
https://www.facebook.com/compoundminerals
https://www.instagram.com/mihkel_maripuu_/ 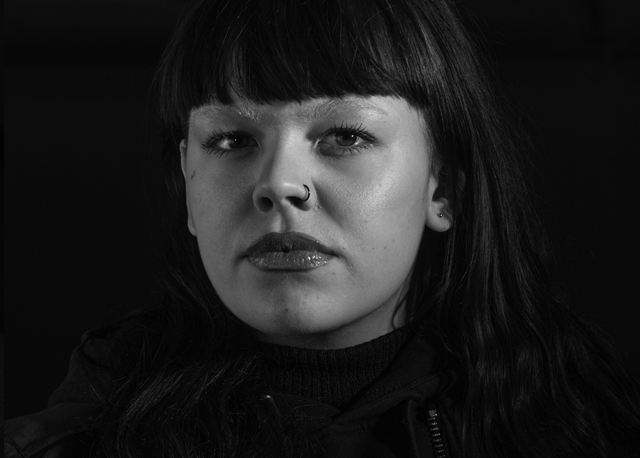 Micaela Saraceno has been regularly playing since 2017 at various clubs and festivals in Estonia and internationally in Berlin and Milan.Her connection with music holds a fundamental truth – it’s the emotion in the sound that she wants to give and get.A punk by heart, Micaela’s style varies from deep old school 90s electro to playful dark and spacey elements of techno. Her sets are witty, unexpected and eclectic.Micaela is a resident DJ at techno club HALL and hosts a show called ”Pronto!” on national radio station Raadio 2.
https://soundcloud.com/micaelalive https://ra.co/dj/micaelasaraceno 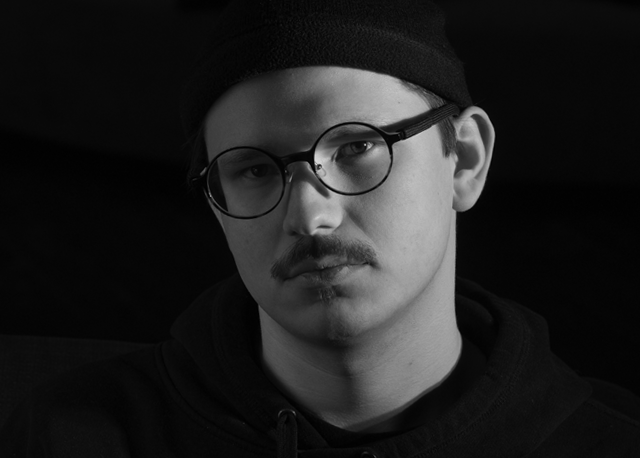 Kaspar Kivilo
Born 1997 in Tallinn, Estonia, Kaspars road as a musician began at an early age learning to play percussive instruments and performing as a drummer for various bands. Music production came to his life in 2013 through jungle music and later on drum and bass.
He was signed to Austrian based record label Moshbit Records under his drum and bass alias Capella in 2016 and released his debut EP “Changing” in March that year. Later that year, he began organizing local drum and bass events by the name of MÜRA.
The following year brought on new winds as Kaspar began more thoroughly exploring other genres, holding a summer residency for two years in Peatus, dwelling into a wide spectrum of styles varying from 60’s funk, soul and disco to the roots of house music and eventually the core styles of techno, both from Detroit and Germany. For the past years he has been producing and playing under his given name, mainly focusing on techno, infused with the raw and free-flowing breaks that have been the base of his music from day one. He has shared the stages with the likes of Ben Klock, Tommy Four Seven, DVS1, Voiski and many more.
Kaspar is one of the core members of HALL club in his hometown of Tallinn, Estonia, where he currently holds residency. In 2019 he began hosting House of Acid, an event series mainly focused on importing live acid acts. 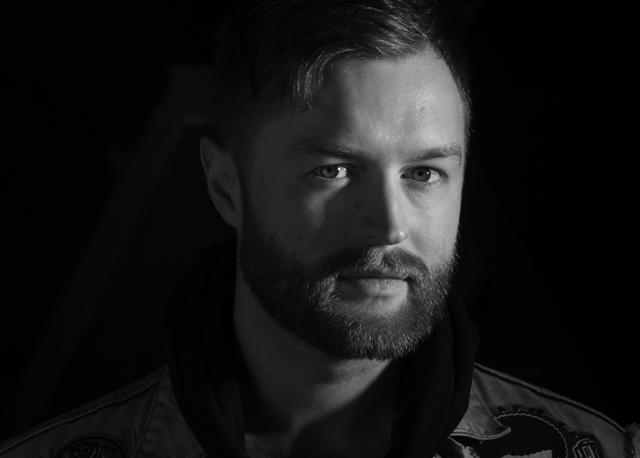 Meelis Vili
Meelis Vili found his way to techno music when he joined the launching team of HALL. Surrounded by constant nightlife environment and as an avid music listener, it didn’t take long for him to take up his journey as a DJ aswell.His sets contain energetic thumps, with a hint of darkness that lurk around the corners, mixed with acid- & dubbier sides of techno. Always engaging the dancefloor, he quickly became a resident DJ of HALL and MÜRK event series. Since 2018, he has shared stage with Shlomo, Adriana Lopez, DVS1, Polar Inerta, Oscar Mulero, Steffi, Freddy K, Mia Magia, Sigha, Regis, Francois X, Antigone.
https://ra.co/dj/meelisvili
https://www.mixcloud.com/meelis-vili/ 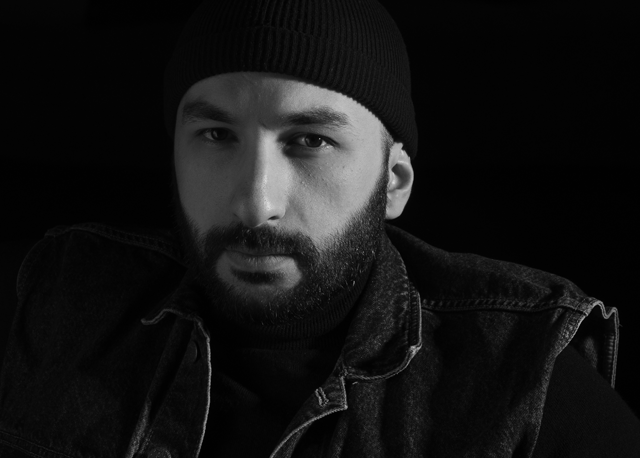 Charch is a true music lover from Georgia. His passion for electronic music began in the early 2010s which was highly influenced by rising Georgian club culture.In 2015 he moved to Tallinn, Estonia. Here starts a new chapter as an active vinyl collector and a vinyl-only DJ. Being a frequent guest at various record stores – resulted in opening his own store in Riga, Latvia – (www.biit.me/biit-me-riga-record-store/) in 2019.Since then, the scope of Charch’s mission to share his love and passion for music to a wider audience has significantly extended. Building selections on a daily basis for the record store – has deeply and positively affected his versatile, cross-genre vinyl-only DJ sets.His dance-floor choices – can be characterised with 90s progressive house, melodic techno, breakbeat, bleep and house music fused into contemporary music production. Even though the selection is always versatile, his music shares similar character, so that you would guess who is standing behind the decks.https://ra.co/dj/charch 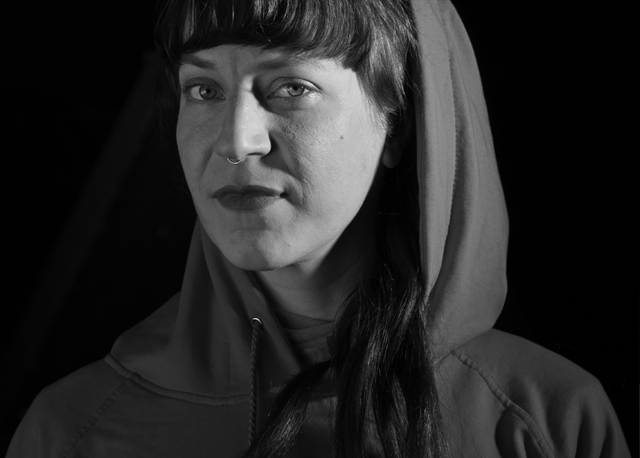 Katja Adrikova started investigating sound already in her early teens as a way to express herself to connect with others. Inspired by industrial, techno and electronic music genres at parties in Tallinn and Berlin, she started regularly playing in 2009. Back then, she was one of the few female DJs that cultivated techno-ish style in the local underground music scene. She was curious to test and explore further, what kind of sound-scapes she would create on the dance floor, so she continued further to discover her distinctive, witchy-fluid style.Katja’s sets – filled with oozing techno and industrial sound mixed with emotion doesn’t leave any room for standing still. She found her techno audience when playing at MÜRK series and gathered local and international recognition. She moves sensitively between different electronic genres like techno, breaks, electro, dub-techno and creating a captivating, poignant and playful experience for the dancers. Between DJ-ing and daily fashion practice she finds the balance to fuel both of her passions.Katja is one of the resident dj’s in the underground techno club HALL in Tallinn, which has been a place for free thinking for Estonian clubbers, resident DJ of ISOLA series. Katja has been playing internationally at parties in Tampere, Riga, Milan and Berlin.She hosts a monthly internet-radio show PERSONAL SPACE, at online community IDA RADIO in Tallinn and Helsinki, the show and the same-named all-female party series in her own words – “… is a magic touch of random wave spell!”.https://www.facebook.com/katja.adrikova.official
https://www.instagram.com/k4tj4k/
https://soundcloud.com/adrikova 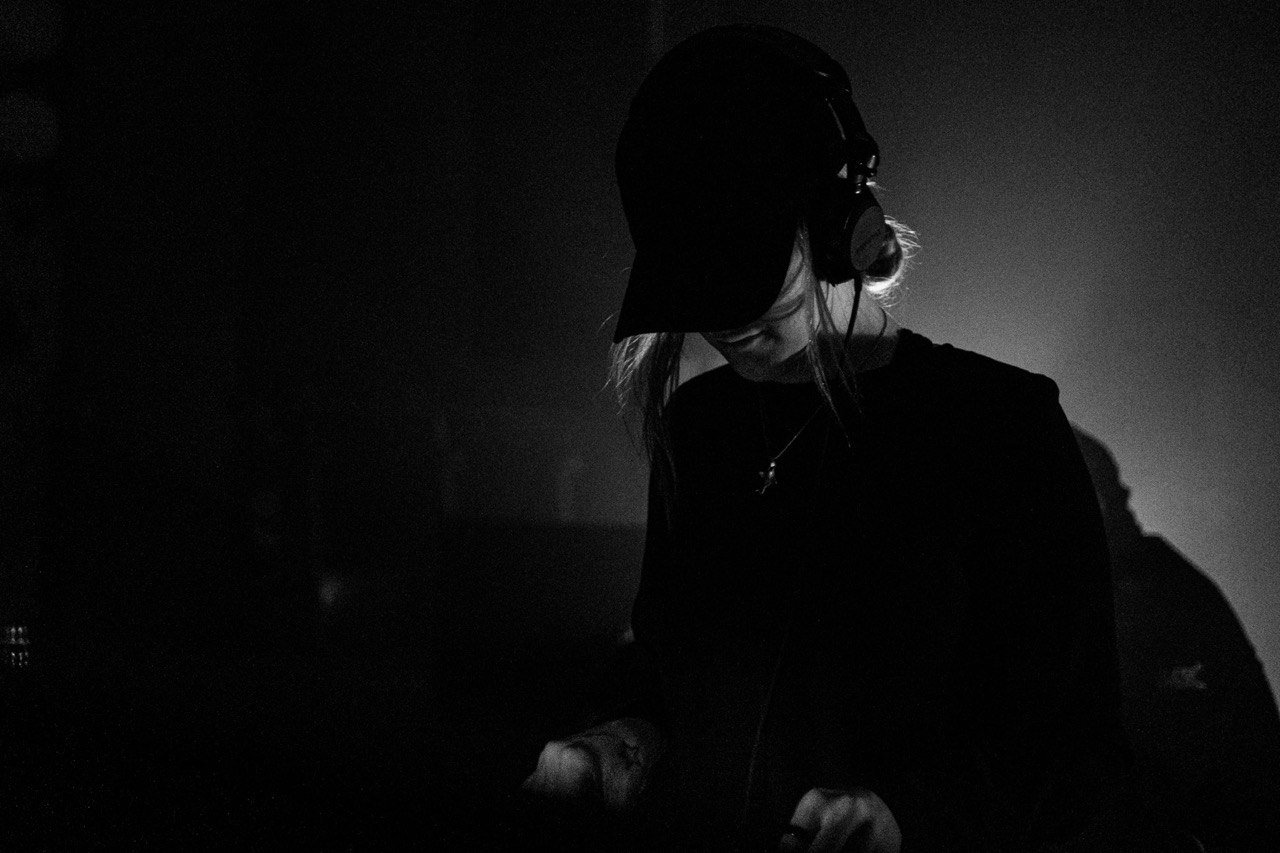 noa spins a versatile blend of rhythms fuelled by playful spirit, incorporating electronic genres and sounds from all corners of the spectrum. Her selection is highly danceable and made for the floor, but always with an edge.
https://soundcloud.com/noalien 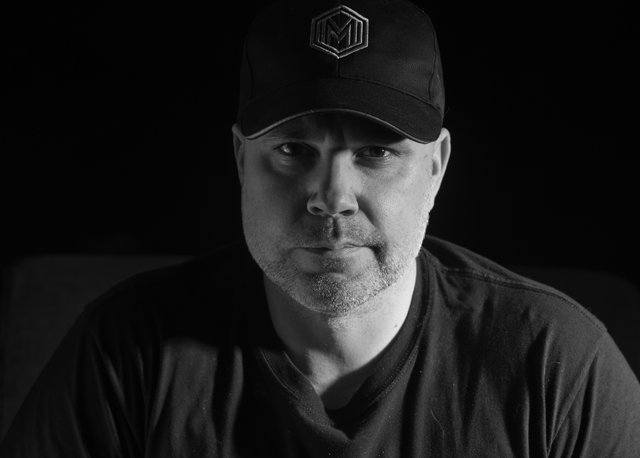 Punch is one of the first Estonian techno/electro dj’s. He started spinning records in 1996 as a resident dj @ Gagarin  underground techno club.  A bit later he has become regular dj at most of the events/festivals around the country. As a radio host Punch runs two shows: Electro Boogie dedicated to Electro/Techno bass (Raadio 2) and Electric Cafe that is more about Techno/Minimal (Ida Radio). He is a long time vinyl junkie  and has a decent record collection. Based on deep knowledge and passion, his dj sets are always groovy, tasty and eclectic. You can always expect well cooked mixture of old & new school sounds with a hint of personal secret ingredients.
https://www.facebook.com/DJayPunch
https://www.instagram.com/d.j.punch/
https://soundcloud.com/electriccafepodcast 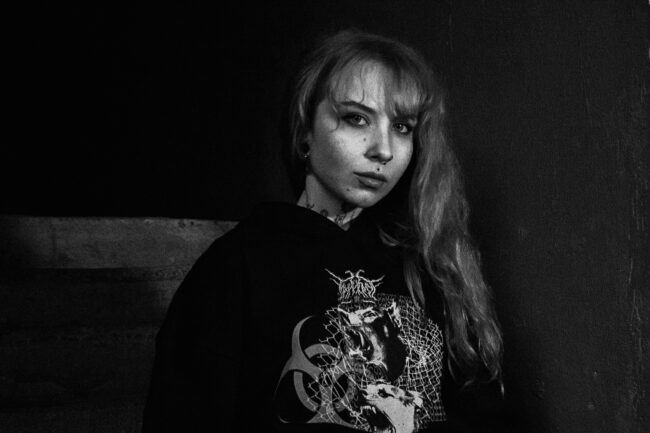 DJ Pikkauch began her journey at club HALL parties in Tallinn. Initially, a devoted regular absorbing the medley of sounds on the dance floor, her interest in the art of DJing and music made her try out the craft herself. While digging the music and preparing for her sets, she´s not only in for what sounds good, but also feels good – a vibe that you can still recall after you´ve left the club. She is especially obsessed with dirty, melodic basslines and electric sounds and mostly plays EBM, electro, techno and acid. In July 2022 she debuted at Tresor New Faces event hosted by DAME-MUSIC records label, founded by Bloody Mary. 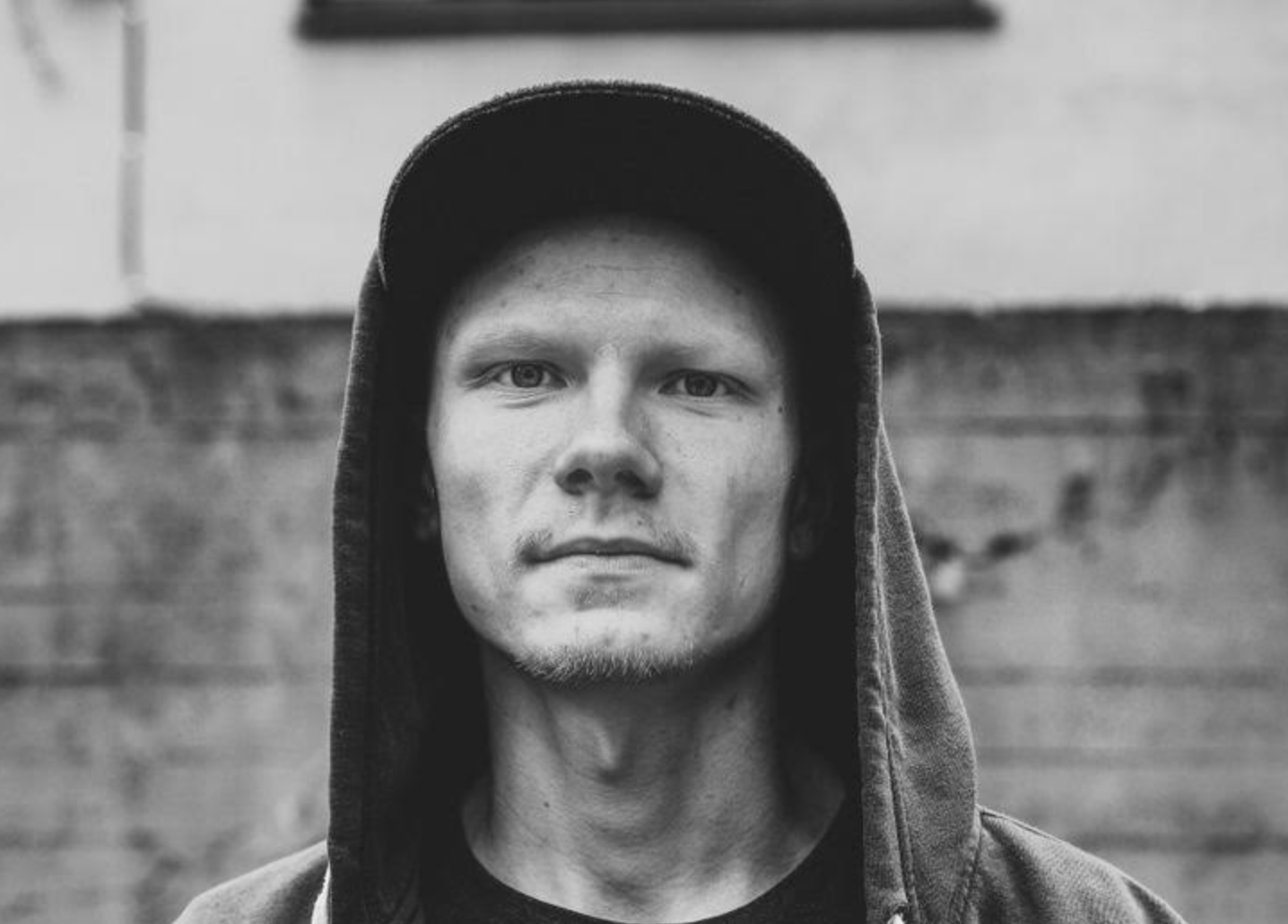 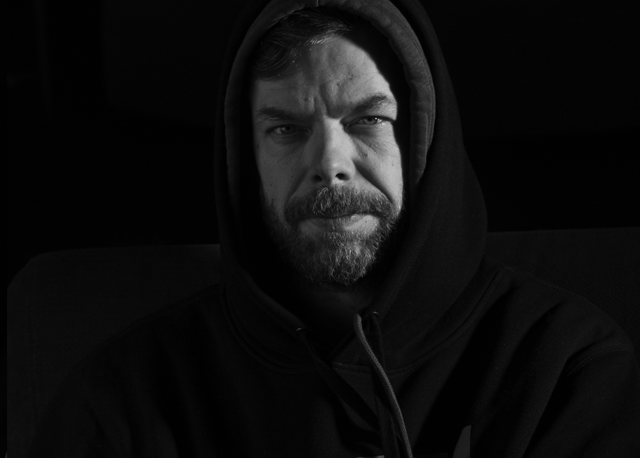 Karl Erik Leik aka Elekter is a multigenre producer and artist. Focusing mainly on deep and soulful sounds, his eclectic sets are a way to drift into the clouds of your own state of mind.
For booking get in touch with us.